My study for today is a Gambel's Quail.  They're a bird found just in the Southwestern states but they're very similar to the California Valley Quail - though more skittery.  Years ago I raised five baby Gambel's Quail from day old chicks...and they never did tame.  Though I knew someone who had a male and female Gambel's who were so tame, they lived in the house with them, uncaged.  The male was very defensive of his territory and wouldn't let me sit on the couch! 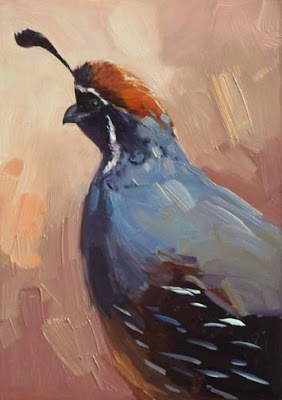